How to Deal with your Inner Critic on Stage

The way you talk to yourself in your head influences how you feel about yourself and how you behave on stage. If you are used to negative self-talk you already know how self-destructive it can become. The constant inner critic telling you that you are not good enough or at par with others while you make music on stage only works towards lowering your self-esteem and prevents you from facing your greatest fears. However, do not panic as there are ways you can silence your inner critic on stage.

THE LESSER YOU THINK THE BETTER YOU WILL BE

If you were to contrast your performance on stage with a leisurely performance in front of a close friend you would find that the performance is not just relaxed but that your music flows eloquently as well. The reason being that you are not thinking of performing excellently during your performance unlike when you are on stage. You feel safe and errors do not matter. But when on stage, you are constantly monitoring yourself and critiquing yourself and sadly the more you do so the more mistakes you are prone to make. The unfortunate part is that whenever we want to sound good we usually sound, unnatural, forced and uncomfortable. The secret to a great performance is to think less, suspend all critical thoughts for the time you are on stage and let the music play itself.

ASSESS YOUR PERFORMANCE WHEN PRACTICING NOT WHEN PERFORMING

It might sound strange that you are not keeping a critical eye on your performance as often such critiquing leads to improving areas of weakness and working harder. However, the fact of the matter is that you should assess yourself not while performing on stage but while practising at home. 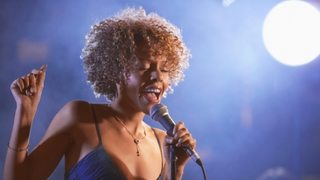 THREE STEPS THAT CAN HELP YOU PERFORM BETTER ON STAGE

The sad part is that simply saying that you will not listen to inner critical thoughts doesn’t mean that they stop coming. The thoughts can however be stopped by applying a three-step method. The first step is to dissect your thoughts. It essentially means to not accept them at face value and instead to challenge them to see if they are true or false. The key is to realise that they are untrue and unproven.

Recognizing these thoughts makes you aware of how they do not make sense. It’s best not to indulge in all or nothing kind of thinking where if you make a single error while playing music you start believing that your whole performance is ruined. Another thing to avoid is mental filtering where you just select the negative thoughts from a situation and focus on them. For instance, you see a few people leaving and conclude that your performance is going badly even though a larger part of your audience is still listening with rapt attention. Don’t be a mind reader where if you see one person in an audience yawn you start thinking that your performance is boring. Stop magnifying your mistakes as for all you know no one even noticed them. 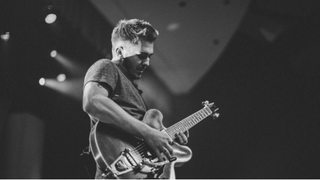 The second step to achieving a greater performance on stage by quieting the inner critic is by not engaging thoughts. The moment you recognize that the thoughts in your head especially the negative ones are irrational it diminishes the effect they have on you. So whenever such a thought occurs, just acknowledge it, reason that it's illogical and let it drift away. Do not dwell on it. Instead, bring your focus back on your music and play.

The third step is to practice playing ‘fake’ high stake situations. It is difficult to create practice sessions with real pressuring environments. However, it is possible to recreate types of situations with slightly higher stakes than when just practising at home. One way you can do so is by playing the song you are practising and say to yourself that you have to get it right in just one shot. Another method you can use is to record yourself on your phone or computer while you try playing your song to perfection. To further increase the stakes, if you play with a band, pretend you are playing in front of a live audience and try to keep mistakes at a minimum.